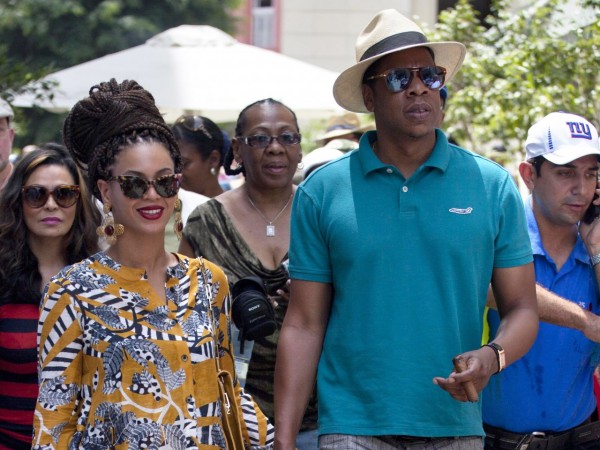 Jay-Z and his wife visited Cuba – so far so good. But it´s the Jigga and Beyonce and it´s America: Two Florida Republican lawmakers criticized his trip and questioned if his visit to Havana was officially licensed. (U.S. citizens aren’t allowed to travel to Cuba for mere tourism, though they can obtain licenses for academic, religious, journalistic or cultural exchange trips. ) U.S. Treasury officials said Tuesday the couple’s trip was licensed as an educational exchange.
Everything that followed is big PR and Jay-Z knows how to knock shit. He released “Open Letter” Thursday produced by Timbaland and Swizz Beatz. Funny and deep lyrics. What a Banger! We expect more than one million plays in 24 hours.