DAVID RODIGAN – A REGGAE ROYAL ON THE RED BULL COUCH 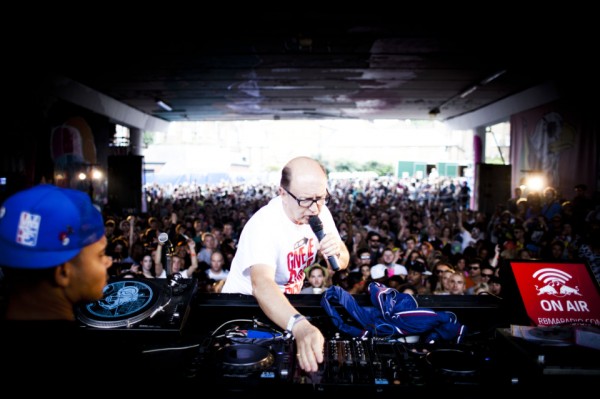 Sir David Rodigan is is well known for his knowledge of Reggae/Dancehall music and for his speeches why he loves the sound of jamaican so much. The legendary UK radio personality received Royal Honor earlier this year. He became a member of the “Most Excellent Order of the British Empire” for contributing all forms of reggae music for over 30 years on BBC Radio, KISS FM and on countless soundclashes all over the world. We don´t know if he recorded a Dubplate with the Queen or Soundboy Price Harry, but we know that he spend 90 minutes on the Red Bull couch to talk about his life.