WHATS UP IN CZECH AND SLOVAK? 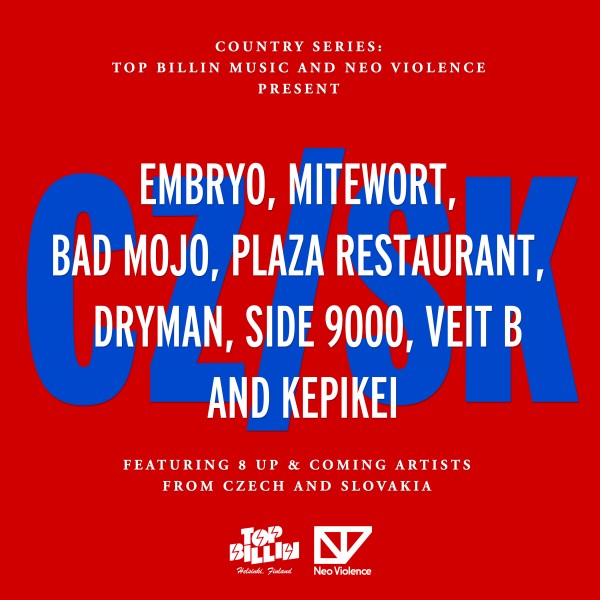 Top Billin teams up with Neo Violence from Prague for this 8 track collection of producers from Czech Republic and Slovakia.

“Czech Republic and Slovakia use to be one country before ’93, but the connection between people persists, same as connections in music. Except classic music composers from old times like Dvořák or Smetena, there never were big music artists who gained worldwide fame, specially when it comes to electronic music. Of course there are exceptions, that comes from drum’n’bass or trance, which are the most popular here and fills the biggest festivals in both countries. The rest is more separated and underground in some sort of way. Neo Violence is here to connect like-minded people, djs, producers and basically people from these micro-scenes, letting everybody know about the others. So the compilation, that puts together fresh, progressive edm producers from both countries was a logical step, a step to show the world, that even these two small countries in the heart of Europe have something to offer and what people around should know about.”